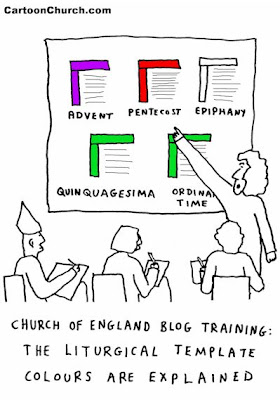 308 posts and 400 days ago I thought I'd start a blog, inspired initially by Steve Tilleys. From what I recall, the initial idea was to post thoughts and resources about mission, leadership, and Christian reflection on culture, society and current events, with a few random posts about cricket thrown in.
Initially it was for folk in Yeovil, but the blogosphere being what it is, things have expanded somewhat. I added a blog counter exactly a year ago, after a month of firing things into the air with absolutely no idea of who was reading them, if anyone. From about 30 hits a week at the start of '07, the traffic is now starting to break 200 a week regularly, which is pitiful by the standards of the popular blogs. For example, the top religion blog according to Blogflux (discouragingly, it's an atheist blog!!!), gets 12,000 hits a week. Dave Walker is a creditable 3rd.
Of the 3200 or so people who've been here, between 30 and 40 pop back at least once a week. If you're one of them, bless you for watching. And do post comments - one of these days I'm hoping we could get a proper debate going!
Posted by David Keen at Tuesday, December 04, 2007