Audi drivers. Apologies to the good ones out there, but you do seem to be in the minority.

People who drive to the gym in dry sunny weather to go on a treadmill or exercise bike. To quote Gandalf 'run, you fools!' (and save petrol)

Fitbits. My wife got me one as a present a few weeks ago, and the basic data on the wrist thingy is quite good. However I've already spent valuable time trying to understand the app which I could have spent exercising.

Fitbits 2: Why someone hasn't yet cornered the market in Fitbits for inert technophobes like me. How about a FatBod, worn on the dominant hand, measuring only 2 things: minutes of inactivity in the day, and number of times the hand was moved to the mouth and back (it could measure wrist tilt to distinguish between food and drink). Overall target - reduce both. Obviously for habitual nose pickers that could be a problem.

The Marvel Cinematic Universe. Ok, it never made any sense to start with, but it makes even less sense now. The same thing happened to Dr Who, when it started going for the 'story arc'. The latest Marvel offerings have jumped off from the successful raid on Norse mythology (Thor) and are trawling the history of global polytheism for characters. Really enjoyed Ms Marvel, though with my limited exposure to Muslim culture, I had no way of knowing whether its portrayal was accurate or not, so it may have been an education, but I'm still not sure. 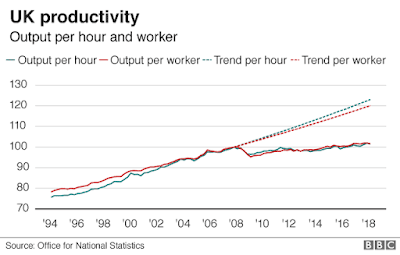 and the launch of the first Iphone, which came to the UK in November 2007. Is there anyone out there who takes their mobile to work and doesn't find it a distraction?
Posted by David Keen at Wednesday, August 31, 2022 No comments:

Superdrug theology, power (not that sort) and airports

'God is a woman' declared the Ariana Grande fragrance on the counter at Superdrug. Well, you learn something new every day. Appopriating vocab from spirituality and religion is nothing new for the perfume industry (Angel, Eternity, Hope, Amazing Grace). But now the theological gauntlet has been thrown down, how to respond? Can you fit 'Not exactly, men and women are created in the image of God, so we reflect His nature (I use 'His' because the imagery God uses in self-revelation is overwhelmingly male, even though God is neither male nor female) not the other way around. Saying 'God is a woman' is like trying to define London using only a map of the underground'.

A more serious and worrying point (though the casual blasphemy of using God as a marketing tool for a perfume is serious in itself0. I don't imagine the sort people who bombed Ariane Grande's concert in Manchester will do anything but find this deeply offensive. Has she reckoned with this? Does it put her fans at greater risk from murderous Muslim fanatics, who are clearly still out there?

She could always rename it 'Peace Be a Pong:Her', but to think twice about releasing the version for men.

Whilst we're on theology from unexpected quarters, plenty has been said about Sandi Toskvigs letter to Justin Welby. I note in passing that QI has only ever been presented by people who are white, Cambridge educated and same-sex attracted, so it's interesting for the church to get a lecture in diversity from that quarter. Toskvig claims that the 'main takeaway' from the conference is prejudice against LGBT+ people, which I guess is what you'd think based on the UK media, that ever reliable guide to all things spiritual. But if you look at the 34 pages of material actually discussed at the Lambeth conference good luck finding the bit that Toskvig refers to. It's about 1/5 of one of the pages, in a section which has robust things to say about prejudice and mutual respect. You will though find plenty on human dignity, addressing poverty and violence against women and children, economic justice, climate change, reconciliation and much more. There are plenty of inspiring, challenging and timely statements in there, but as long as white Western journalists want to fixate on sex, they're unlikely to get a hearing outside the church.

On one of those pressing issues, Spain has just introduced fuel restrictions, including no air conditioning set below 27 degrees C in public buildings, as part of a drive to cut fuel consumption by 8% nationally. In my basic study of economics, we were taught that price was a function of demand and supply, and that falling demand would mean falling prices. We have both a short term (price) and long term (climate) fuel crisis, cutting fuel demand would help to address both of those. Credit to Labour for actually coming up with a policy on this, I thought they'd forgotten what a policy was, and for targetting the double hit of fuel prices and inflation. But fuel consumption, and resource consumption more generally (water etc) is a big long-term issue. It always has been, but now we're starting to hear it over the noise of our own whistling.

At the moment I'd vote for any party who promised to put someone half competent in charge of the major departments (health, home office, education, environment, agriculture, treasury, overseas aid) and leave them in charge for 5 full years of a parliament so they could think and act long term within their particular field. Pretty much every major department is failing, with Grant Shapps narrowly ahead of the field for the Chris Grayling Pretty Much Everything I'm Responsbile For Is Spannered trophy.

Kudos to Spain in this regard: we recently flew from Stanstead to Alicante for a holiday. Stanstead was a rugby scrum dotted with unstaffed terminals. The terminals themselves didn't scan the pre-printed boarding passes properly, and the boarding area was only half the size required for the number of passengers. For folk coming off the the escalator into the mosh pit, there was literally nowhere to go, and only hitting the emergency stop prevented a nasty accident. The toilets looked like they hadn't been cleaned for ages. The place was understaffed, overcrowded, and felt unloved. Alicante on the other hand was spacious, efficient, clean, staffed by cheerful people, with barely any queues anywhere, and at the complete opposite end of the stress scale. The only down side was that the only UK paper on offer in the passenger lounge shop was the Daily Mail. If there were extra complications added to the journey by Brexit, I didn't notice them. The Spanish airport was a delight, the English one made me feel vaguely ashamed that this was my home country.