From September 2019 our churches are looking to take on a trainee youth worker, through South West Youth Ministries (SWYM), for 1-3 years. Details are here, and applications can be made through the SWYM website here.
Posted by David Keen at Tuesday, March 26, 2019 No comments:

If you thought Brexit was a mess.....

A British journalist is being interviewed by the police for 'misgendering' the child of a high profile transgender activist (update: the case also involves tweets labelling the treatment given to the child - not presently offered legally in the UK - as 'mutilation' and 'child abuse.'). The activist, Susie Green, runs Mermaids, a charity which supports young people who think they may be experiencing gender dysphoria, and also runs national campaigns and advocacy programmes. Mermaids recently received a £500k grant from the National Lottery which is now under review. Meanwhile the Tavistock Centre, the one specialist youth gender clinic in the UK, was subject to a critical report earlier this year, and questions have been raised about the quality of care for young people who are prescribed puberty blockers.

This is a deeply personal and potentially very distressing area. Research suggests that a significant percentage - possibly a majority - of teenagers who consider themselves to be born in the wrong body, no longer hold that view in adulthood. That still leaves a significant percentage for whom it is a settled reality that persists into adult life. At what stage is medical intervention wise, or justified? If adulthood may not fully kick in until you're 30, how long should people wait, or be made to wait? (Susie Green flew her child out to Thailand at age 16 for medical procedures not available in the UK, and for which Thailand has since raised the minimum age to 18). Are the other issues experienced by children with gender dysphoria related to it, or are they exacerbated by the isolation, bullying etc. which can go with being 'different'?

Unfortunately, like Brexit, this debate has taken on all the appearances of two pit bull terriers fighting over a rabbit. With a rapid rise in the number of referrals for childhood/adolescent gender dysphoria, and increased public profile (and debate - see the current issue in athletics over what categories trans athletes can compete in, or what prayers vicars are allowed to say with people who have transitioned), this is something which needs careful, evidence-based, serious discussion, not flame wars on social media and the police being called in on people who disagree with you.

Fewer of us are in, or grew up in, stable family relationships than previous generations. There is a higher level of sexual confusion, mental distress, and risky sexual behaviour than we have seen for generations. It's no longer possible to advocate a 'normal' or 'ideal' vision of sexuality, relationships and human thriving without being labelled as psychologically unbalanced (or 'phobic' to use the shorthand). Everything goes, and tolerance is the prime virtue. At one level, the flux gives us a chance to discuss previously taboo areas, at another the level of confusion makes it highly possible that we will botch things. Where mental, physical and spiritual wellbeing are at stake, we  - and especially those wrestling with questions about their gender identity - are not served by hysteria, prejudice and trench warfare, on either side of the discussion.

update: major piece in the Times about the Tavistock clinic (paywalled)
Posted by David Keen at Wednesday, March 20, 2019 3 comments:

We're out of Cake

Brexit Metaphor of the Day

Having voted for 'no cake' and 'no death', John Bercow has informed Parliament that they won't be allowed another vote on the choice between them. Theresa May wants a further three months to decide between the two.

There is no majority in the house of commons which can agree whether the withdrawal agreement is actually cake, or whether it's death. Whatever it is, it will have run out by March 29th.

Jeremy Corbyn, whose 'cake tests' (is it a cake; are you sure it's a cake; can it be cut so that everyone has exactly the same size slice as everyone else) have been routinely ignored, now thinks there should be a national taste-off between the two options, except when he's asked about it, and then he doesn't.

This metaphor is incoherent. Which makes it all the more suitable as a Brexit metaphor.
Posted by David Keen at Tuesday, March 19, 2019 No comments:

Email ThisBlogThis!Share to TwitterShare to FacebookShare to Pinterest
Labels: brexit

Today the government is expected to announce continuing benefit freezes and tax cuts. On Friday Comic Relief will be asking us to donate to projects which deal with poverty and financial hardship, homelessness, mental illness, and providing hope and a future for young people.

I wonder if these 2 things are, in any way, related?

If the government is officially outsourcing the welfare state to the charitable sector, I'd rather they came out and said it rather than did it by stealth.
Posted by David Keen at Wednesday, March 13, 2019 No comments: 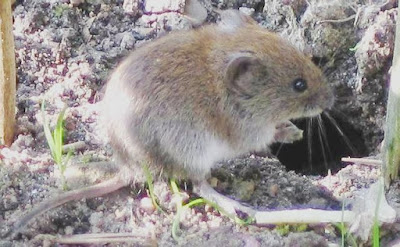